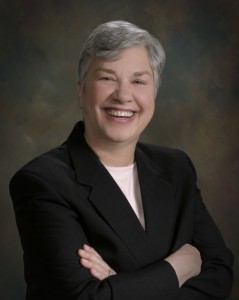 Ms. Smith received her B.S. degree from the University of Florida in 1973, and then completed coursework on a master’s degree in rehabilitative therapy in 1975-76. She earned a J.D. degree from Woodrow Wilson College of Law in Atlanta in 1983.

Ms. Smith focuses her practice on U.S. immigration and nationality law, and on federal appellate practice. Ms. Smith represents foreign nationals in immigration matters before the U.S. Immigration and Citizenship Service and immigration court in seeking asylum, applying for cancellation of removal, or seeking other forms of relief before the immigration judge. She also prepares appeals to the Board of Immigration Appeals and federal circuit courts, and writs of mandamus to the federal district court requesting adjudication of applications.

Ms. Smith brings over 35 years of experience in the state and federal trial and appellate courts in agency, civil, and criminal matters. She was previously employed by the U.S. Court of Appeals for the Eleventh Circuit, with the U.S. District Court for the Eastern District of Texas, and by the state of Florida.

Ms. Smith is a member of the American Immigration Lawyers’ Association, the American Bar Association’s Appellate Judges Conference (“AJC”), Council of Appellate Lawyers, and the Federal Bar Association. She previously served as president of the AJC’s Appellate Staff Attorneys. Ms. Smith is currently a member in good standing of the State Bar of Georgia, the Atlanta Bar Association, and the bars of the U.S. District Court for the Northern District of Georgia and the U.S. Court of Appeals for the Eleventh Circuit. She also practices before the Executive Office for Immigration Review and the Board of Immigration Appeals in immigration proceedings throughout the United States.

Ms. Smith is the immediate past Chair of the Board of Directors for the Georgia Lions Lighthouse Foundation, which provides vision and hearing services to indigent Georgians, and Legal Counsel to the Georgia Lions Camp for the Blind. She is an International Director with Lions Clubs International, and she also serves the Lions of Georgia in numerous club, district, and state-wide positions, and is a member of the North Decatur Lions Club, the Friends of Oconee (South Carolina) Library, and Keep Oconee Beautiful Association.